Several admins and developers like automatically updating their servers with new builds as they become available. Commonly known as “CI/CD”, this process allows teams to iterate much faster and speed up product development.

Often, this is simply pulling from a repo and running a couple docker-compose commands, which is very easy to automate.

A bad way to do this is using a cron job that runs every 10 minutes to pull from the repository and execute any commands. While reasonably simple and secure, this can cause a large delay between code updates and the server task running.

An improvement is to connect the CI system to the hosting server. This allows the build system to automatically connect to the server using SSH to perform the update immediately, eliminating the lag from the cron-style solution.

There are potential drawbacks, however. It’s possible that the CI system could be compromised, and a credential to your server could be exposed.

On the server, create a new user called “deploy” who is a member of the group “docker”.

This allows the user to update the docker config without having full root access on the server.

On the server, change user to “deploy” and create a new ssh key:

Create a new SSH key for that user:

The key should not have a passphrase in this case.

Once complete, allow the user to access the server using its own credentials:

Both the public and private keys will need to be added to the github repository. 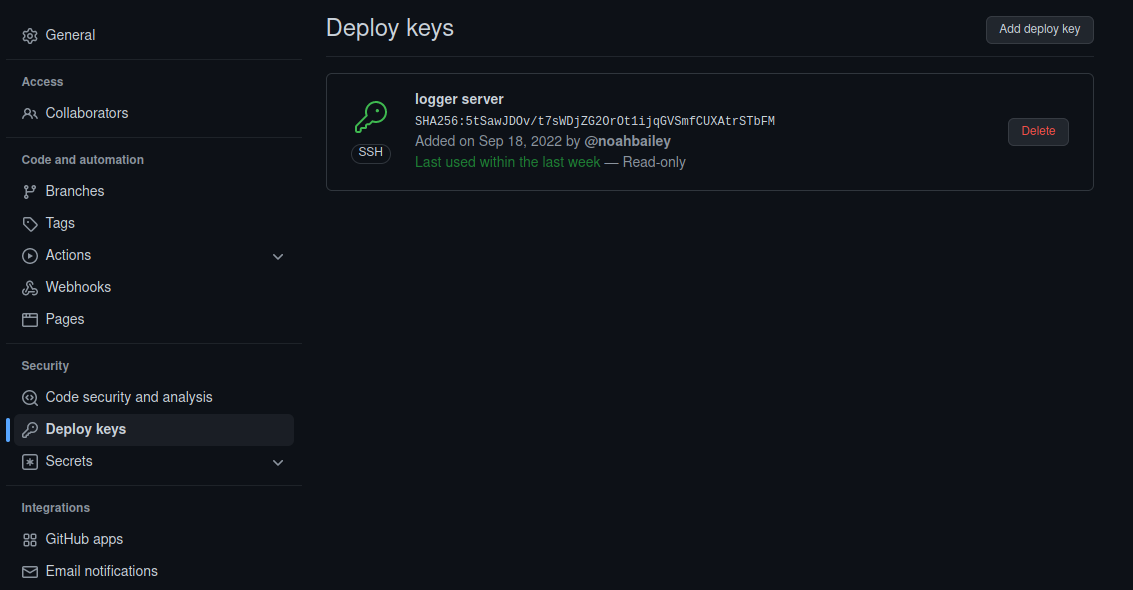 Next, click on ‘Secrets’ and ‘Actions’ on the left. Click “New repository secret”, and create three secrets: 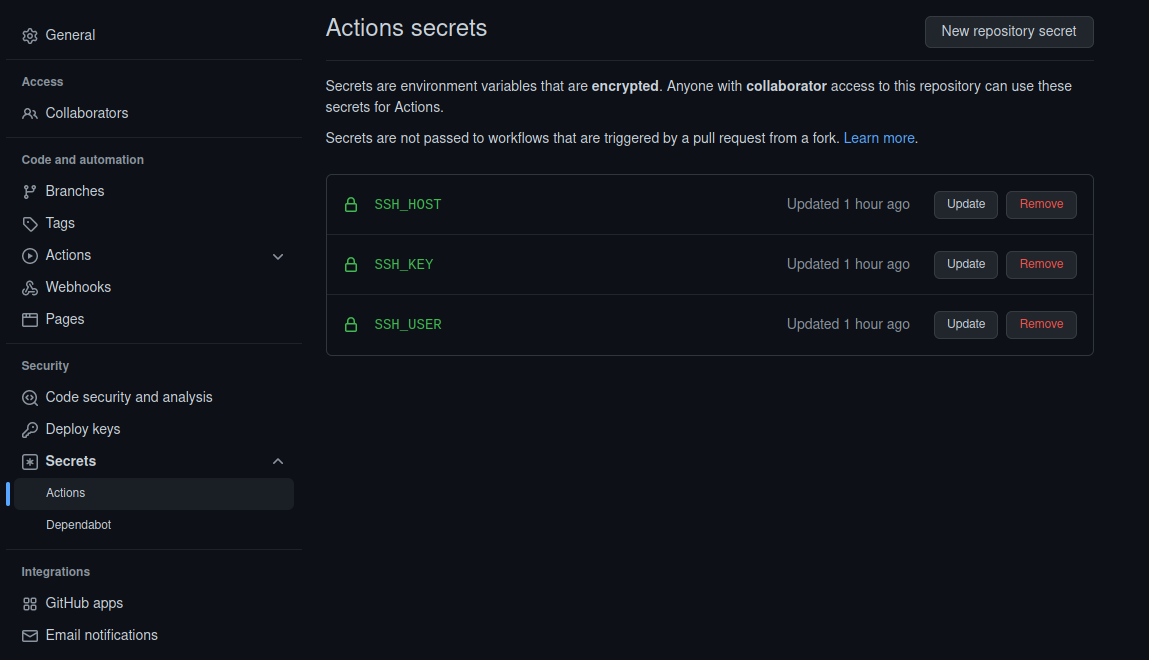 Next, a workflow file is created in the github repository. The filepath must be .github/workflows/deploy.yml

If you already have workflows, make sure this one runs at the end, or whenever in the sequence is appropriate.

Once connected, this will execute a script on the server, for example:

This script updates its repository before pulling any changes to the docker images and recreating any containers.

On a push, this will execute the following sequence:

Together, this has the effect of quickly updating the server immediately after a new commit is pushed to GitHub.

There are much more complex and sophisticated ways to perform the same operation, but this is relatively simple and easy to configure.